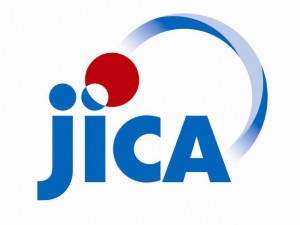 Japan government’s hard fought prestigious Matarbari Power Plant Project in Bangladesh is in a dilemma over exemption of Value Added Tax (VAT) for the construction of the Matarbari coal-fired power plant. The two year long stand-off between Japan and Bangldesh could not be resolved as both sides remains firm in their position.

Japan wishes not to be discriminated and demand equal treatment for their business interests in Bangladesh like others. The concerned authority of Bangladesh, the National Board of Revenue (NBR) has granted Russia a VAT exemption on the construction of a similar coal-fired power plant.

The Belgian contractor Jan De Nul Group has also been exempted from VAT for the capital dredging project of Ramnabad Channel at Payra Port in Patuakhali. For the sake of fair and equal treatment Japan raised those points to the government of Bangladesh, which is not fully convince and remains against VAT exemption of Japanese government funded project, reports the Bengali daily newspaper the Prothom Alo referring to correspondence between them.

Built on an area of ​​1,600 acres, the project includes not only power plants but also deep seaports and canal excavations. Building substations and transmission lines for power transmission in the national grid and developing road connectivity is being discussed further to be included in the project. The power plant is being jointly built by Sumitimo Corporation, Toshiba Energy Systems and IHT Corporation of Japan.

Japan’s Ambassador to Bangladesh Mr. Naoki Ito wrote a letter to the Finance Minister of Bangladesh on January 25 regarding the exemption of VAT on the power plant project, expressing his concerns about double taxation of VAT to build the Matarbari coal-fired power plant warning that the project would have negative impact if Japanese contractors would have to pay VAT twice.

When asked, NBR member Mr. Masud Sadiq told the Prothom Alo, “We have received the letter from the Japanese ambassador. However, the information about double taxation of VAT provided in it are not accurate. There is no possibility to impose VAT twice on the same economic activity. However, if new economic activities are launched, VAT will have to be paid twice. In a counter-question Mr. Sadiq asked, how would the government generate revenue if all projects are exempted from the VAT in this way? How would the government be financed. The NBR officials said that if the Matarbari power plant is exempted from VAT, then the Padma Bridge and Metrorail projects may also demand for waiver of VAT. If you give a discount like this, there will be no transparency.

Meanwhile, officials from the Ministry of Finance said they had met several times in the last two years to discuss whether the contractor for the Matarbari coal-fired power plant would be exempted from VAT. The meetings decided not to grant VAT exemption for this project.

Several officials of the Ministry of Finance told Prothom Alo that the Rooppur Nuclear Power Plant is the first nuclear power plant in the history of the country. This is a completely exceptional project. Therefore, VAT exemption has been granted for that project with special consideration. Payra Dredging Company Limited (PDCL), the contractor for the Ramnabad Channel Capital Dredging Project, has also been accorded equal benefits under special consideration. But now if Japan is given the same benefit, then India will want it in the ongoing project funded by them. Besides, China will want, Singapore will also want. This will introduce a bad trend.

Referring to the cordial relations between Japan and Bangladesh, ambassador Ito sought a good solution to the issue. In the letter, he hoped that the Ministry of Finance and the NBR, after analysing the previous two examples, would provide equal benefits to the Matarbari project. The letter further reminded that the issue remains unresolved in spite of issuance of several letters in the past. On the other hand, the NBR remains firm in it’s decision against VAT exemption for the Matarbari power plant project.

Ambassador Ito, further elaborated to us that “the Matarbari project would play a significant role in the country’s development, providing energy and the deep sea port. I am delighted that such an important project has been undertaken by Japanese companies under a Japanese yen loan. JICA’s yen-loan project is a form of ODA and intended to assist the construction of quality infrastructure that Bangladesh needs. Since the interest rate of the loan at 0.65% is significantly lower than the market rate we hope that the Government of Bangladesh will not aggressively seek to collect taxes from transactions of ODA projects and the matter will be resolved on the basis of the claim I communicated to NBR.”

He also reminded that “predictability and consistency of tax policy are certainly important for foreign investors in any country.”