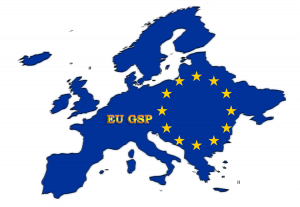 Recent suspension of the US trade preferences or the US GSP facilities, due to inadequate protection of fundamental human and labour rights, safety standards has prompted discussions in Bangladesh and major importing countries of Bangladeshi goods, most notably the ready-made-garments, which makes 80% of the total export of Bangladesh.

Why US GSP Suspension and Why now?

Suspension of the US GSP facilities is not only an economic decision but also a political one. Justifying the decision US President Barack Obama said in a message to the Congress, “I have determined that it is appropriate to suspend Bangladesh’s designation as a beneficiary developing country under the GSP programme because it is not taking steps to afford internationally recognised worker rights.”

Further the US Trade Representative Mr. Michael Froman said in a statement that the US government “has not seen sufficient progress” toward basic safety standards, despite its “close engagement and clear, repeated expressions of concern” with the Bangladesh government over the past few years.

The process began after the largest US trade union, American Federation of Labour and Congress of Industrial Organisation (AFL-CIO), filed a petition with the Office of the United States Trade Representative (USTR) in 2007 questioning Bangladesh’s eligibility for GSP.

In the petition the AFL-CIO asked for withdrawal of GSP benefits to Bangladesh on the ground of labour conditions. “The government of Bangladesh has been too neglectful for too long, shirking its duty to protect the very workers who are the backbone of the Bangladeshi economy and make it grow,” Celeste Drake, trade and globalisation policy specialist at the AFL-CIO, said in a statement on 27th June 2013.

It gained strength with the killing of labour activist Aminul Islam and the fire accident at Tazreen Fashions. The final blow was the collapse of Rana Plaza killing more than 1,000 workers in the worst industrial accident in Bangladesh’s history.

What does US GSP Suspension mean to Bangladesh?

The ready-made-garment from Bangladesh, which made 91 per cent of the total export of US$4.9 billion in U.S. in 2012, was never given GSP facilities. As a result, Bangladeshi garment exporters continue paying 15.3 per cent duty to enter the US market. Bangladesh paid almost $700 million to the US government in duties on garment export in 2012. The US GSP suspension is expected to have very little, if any, impact on the garment export in the USA and on the Bangladesh’s economy as a whole.

After suspension of the GSP nearly 5,000 products, such as golf equipment, remain duty-free for export from Bangladesh in the USA. While overwhelming majority of Bangladeshi export in the USA is not affected; what is the big deal about it, analysts may ask. Economic impact of the US GSP withdrawal may not be significant for Bangladesh but it carries strong message for the politicians of the country. The ruling government want to stay in power and the opposition wishes to come to the power, both by the help of the USA, which has strong influence on Bangladesh.

The EU GSP is a Whole Different Matter

Unlike the US GSP the EU GSP allows full duty free, quota free access for all products from Bangladesh, except arms. The EU is Bangladesh’s top trading partner, accounting for almost 60% of exports. Bangladesh is the third largest provider of clothing to the EU after China and Turkey, with imports worth nearly 8 billion euros in 2011, up nearly 30% on the previous year.

A series of events, such as the killing of labour activist Aminul Islam, the fire accident at Tazreen Fashions and finally the Rana Plaza disaster, which killed more than 1,000 workers in Bangladesh, for the first time, the EU has warned to take action against Bangladesh within the context of the GSP programme. As last resort, the EU could suspend Bangladesh’s privileged access to its markets, a measure taken in the past against Myanmar over it’s human rights record.

The EU has expressed it’s dissatisfaction about inadequate protection of fundamental human and labour rights, safety standards in Bangladesh in the past but the tone has never been so sharp and clear.

Following the dramatic accidents, the EU Trade Commissioner Ms. De Gucht and the High Representative Ms. Ashton expressed their concerns about the labour conditions, including health and safety provisions, for workers in factories across the country. They said “The EU is presently considering appropriate action, including through the Generalised System of Preferences (GSP) in order to incentivise responsible management of supply chains involving developing countries.” Although the EU did not specify nature of the action it clearly reflects hardening of the EU position towards Bangladesh after previous representations had little effect, according to the EU.

Ultimate objectives of the EU GSP are to reduce poverty in the Least Developed Countries (LDCs) through the additional export revenue from preferential trade facilities, the GSP, which fosters growth in their income, supports economic growth and creates job. Further, the GSP aims to promote fundamental human and labour rights, and principles of sustainable development (social, ethical and environmental aspects) and good governance.

Although the Bangladeshi businessmen and policymakers are continuously assuring the public that the EU would not suspend GSP for Bangladesh, the analysts, however, do not categorically rule out the option due to technical possibilities of the matter. Therefore, it would not be wise for Bangladesh to take the trade preferences for granted as it currently enjoys. The GSP is as an economic privilege and not a blank cheque!